From the Mountains to the Sea: Natural Beauty Thrives in State Parks 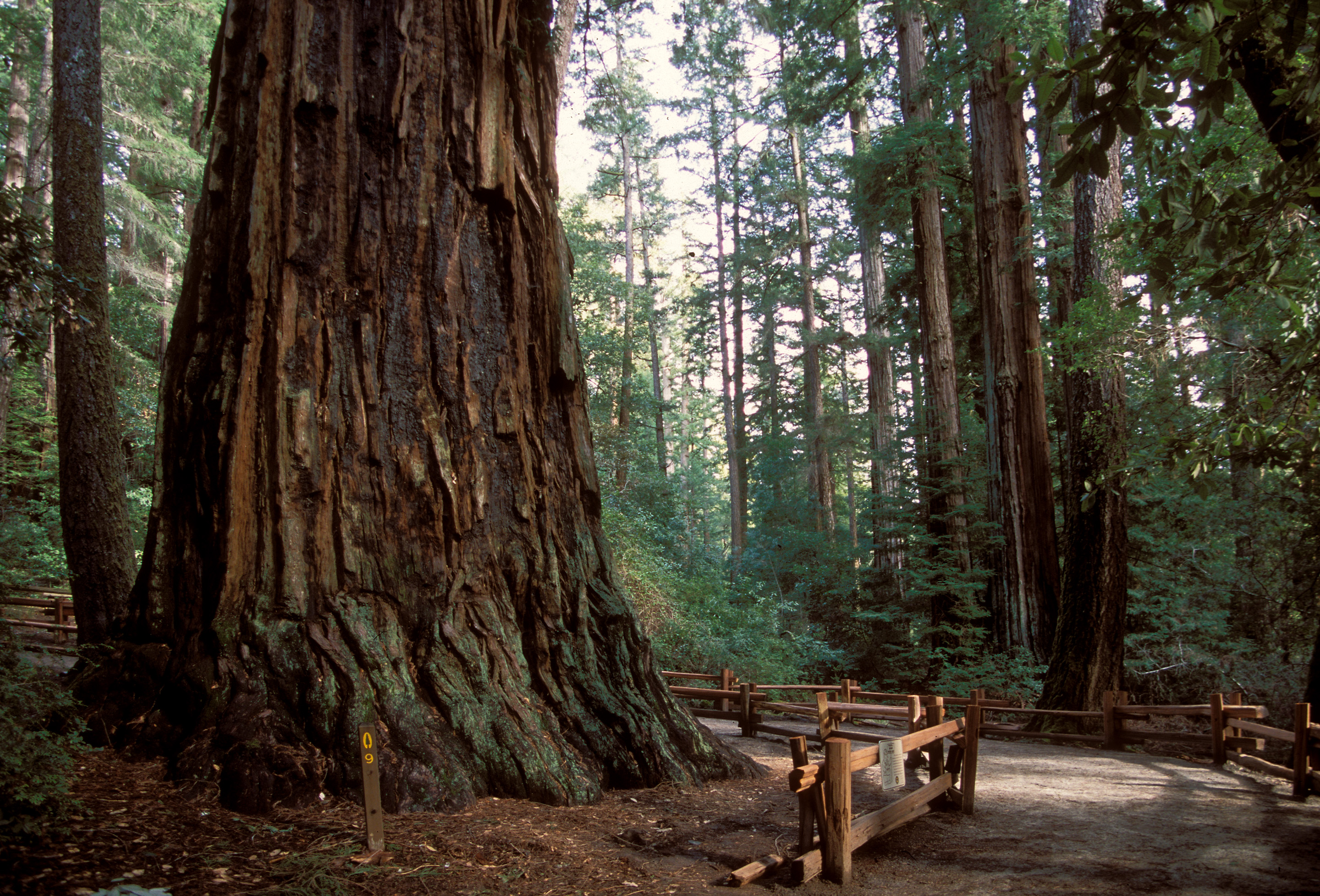 The wheelchair and stroller-accessible Redwood Grove Trail at Henry Cowell Redwoods State Park which circles around the park’s oldest and largest trees.

The 100-year old avocado tree which stands just outside the last remaining original building of the Santa Cruz Mission. Built in 1791, it was the 12th Franciscan mission in California.

The sandstone arch rising from the sea at Natural Bridges State Park.

The remnants of an old sawmill, and the epicenter of the devastating 1989 Loma Prieta earthquake in the dense redwoods of Aptos’ Forest of Nisene Marks State Park.

Mountainous sand dunes, up to 200 feet high built up in front of a coastal bluff at Sunset and Palm State Beaches.

The first campaign to save the redwoods succeeded in establishing Big Basin Redwoods State Park in 1902, California’s oldest state park. The historic park was heavily damaged in the 2020 CZU August Lightning Complex Fires and remains closed at the writing of this article. Regrowth is happening, but much work is yet to be done until the park can open safely to visitors again.

The “Cement Ship” at Seacliff State Beach in Aptos is an experimental vessel constructed of concrete. The S.S. Palo Altomade just one voyage in 1919 before permanently docking at the pier, now a favorite local fishing spot.

The newly restored historic Meder farmhouse at Wilder Ranch State Park a mile north of Santa Cruz is a hands-on living history museum where visitors can experience the details of daily life on a turn-of-the-century dairy farm.

The eucalyptus grove at Natural Bridges State Park provides a habitat for up to 150,000 monarch butterflies which migrate up to 2,000 miles to the park to hibernate during winter. Natural Bridges is California’s only state park butterfly preserve.

BEST OF THE BEST

For campers, New Brighton, Manresa Uplands and Sunset state beaches provide camping on bluffs above the water or inland among the pines. At Seacliff, campers nestled in their RVs are lulled to sleep by rhythmic waves right on the beach.

For picnics, large groups love it at New Brighton, Seacliff and Sunset. Barbecue grills and picnic tables for smaller groups line the long stretch of sand at Seacliff State Beach.

Want s’mores? The beaches of Seabright, Twin Lakes, Rio Del Mar, Manresa and Sunset have fire rings for building campfires and toasting these tasty treats, creating an idyllic setting for watching the sunset.