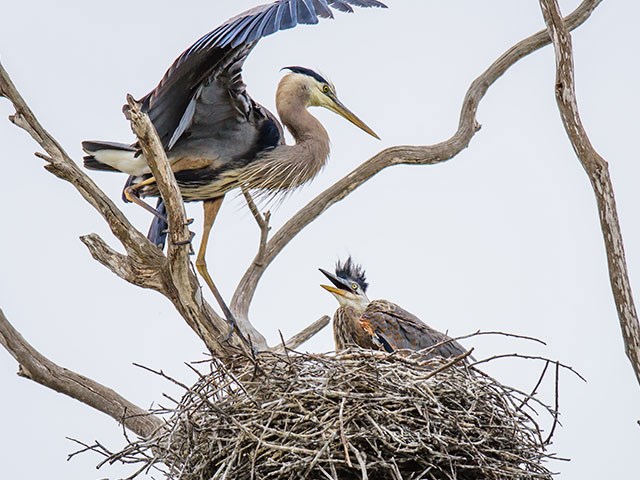 Marbled Murrelet and Peregrine Falcon may sound like foot-tapping bands at the weekly farmers market, but they’re actually the names of rare birds you may spot in Santa Cruz County. The region’s feathered friends extend beyond the gulls that cozy up to your bowl of clam chowder at the wharf. Situated along the Pacific Flyway — a prominent migratory path that stretches from Alaska to Patagonia — Santa Cruz plays host to hundreds of bird species. No experience necessary here. Just head to one of the spots listed below and see for yourself!

Where to Spot Birds

UCSC Arboretum
The diverse flora that attracts a wide range of birds makes these vibrant gardens a wonderful place to start. You’re almost certain to witness iridescent hummingbirds zipping past your head while nimble quail scurry underfoot. Mark your calendar for the Arboretum’s popular Hummingbird Days, a family-friendly festival that celebrates the tiny showstoppers on March 5th and 6th.

Natural Bridges State Beach
This dramatically scenic park is a bird watcher’s mecca due to its extensive sampling of local habitats. Explore seasonal creeks, oak, and eucalyptus woodlands, and a wide sandy beach that plays host to an extraordinary number of birds — over 250 bird species have been recorded in the area — including Shearwaters, Cormorants, Loons, and Snowy Egrets.

Neary Lagoon
Birdsong fills the air at this lush, peaceful oasis less than a 10-minute walk from the boisterous fun of the Santa Cruz Beach Boardwalk. A floating walkway traverses the spectacular freshwater marsh allowing visitors a front-row view of birds such as American Coots, Mallards, and Red-Winged Blackbirds.

Watsonville Wetlands
“Birds are everywhere you look,” proclaims a trail sign along the Struve Slough, one of six, interlinked freshwater sloughs that slice through South County. Over 90 percent of California’s wetlands have been lost to development and the Watsonville Sloughs are one of the largest remaining marshlands in the state. The wetlands provide a year-round home for local birds such as the White Pelican and serve as a stopover point for migratory birds visiting from faraway locales such as South America. Drop by the Nature Center (located in Ramsay Park) for exhibits, maps, and suggestions for best spots to visit.

The next time you stroll this ambling seaside promenade, watch for the many shore birds that populate the pocket beaches and sea stacks of this beautiful stretch of coast. Marbled Murrelets dabble amidst kelp beds, Surfbirds comb the shore, Pigeon Guillemots nest at rocky points, and squadrons of Brown Pelicans patrol the sky.

How to Get More Involved